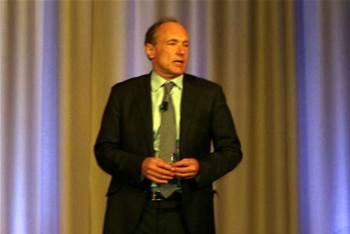 Sir Tim Berners-Lee has warned against the Australian Government’s proposal to store individuals’ web browsing data, describing the scheme as one fraught with massive danger.

The proposal, spearheaded by Attorney-General Nicola Roxon, would require Australian internet service providers to retain communications data for up to two years.

It was pitched as a way of addressing authorities' "eroding" ability to access communications data in investigations, as more conversations take place over VoIP and social media.

Berners-Lee acknowledged that data logs were useful in combating organised crime and cyber attacks but warned that a data retention scheme may fail to net criminal targets.

“If you record the websites that somebody visits, then you’re not going to get the criminals – they are going to use Tor … they’ll open up a VPN,” he said at the launch of a major CSIRO research initiative this week.

“That information won't contain information on serious criminals; only the people who have taken out too many library books.

“You’ll produce a world in which a teenager who … wants to understand something about sexuality, medicine, growing up, realises that if they click, they will be branded for the next two years as someone who has gone to that site.”

Berners-Lee warned that data retention could create dossiers of sensitive information for every person in the country that if stolen, could allow them to be blackmailed.

Australian critics of the proposal made similar arguments to a parliamentary inquiry last year, after hackers stole and published AAPT customer data to prove that service providers might be unable to protect retained data.

“Remember that some people share with the web things that they don’t necessarily share with their nearest and dearest. That information is so dangerous,” Berners-Lee said.

“The whole [data retention proposal] seems to be fraught with massive danger and is probably a really, really bad idea.”

Berners-Lee, who invented the World Wide Web in 1990, previously has criticised similar data retention proposals in Britain and Norway.

He has argued consistently for open standards and net neutrality, writing in the Scientific American in 2011: “Threats to the internet, such as companies or governments that interfere with or snoop on internet traffic, compromise basic human network rights.”

Berners-Lee warned attendees of this week’s CSIRO launch event also to “beware of a government that has the ability to control what you see on the web”, referring to the Federal Government’s former proposal for mandatory ISP-level filtering.