The truth about IBM, Microsoft, Oracle and SAP 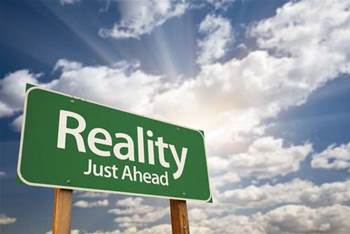 CIOs should be wary of any claim by a large IT vendor that their set of products can combine to form an ‘integrated suite’, according to analyst group Gartner.

In a highly informative session at Gartner Symposium on the Gold Coast yesterday, analyst Dennis Gaughan gave a broad overview of the strategic direction of the world’s largest application vendors IBM, Microsoft, Oracle and SAP, with some strong recommendations as to how CIOs should engage with each of them.

Combined, the four vendors have US$100 billion at their disposal to influence CIO decisions, he said, but end users needed to ensure they mastered their own destiny by using each of the vendors selectively.

Gaughan characterised IBM as primarily a services business that uses its professional services arm to “pull through” product sales.

The company capitalises on extensive customer relationships in key verticals like consumer goods, retail and financial services, he said, possessing a great account management structure. “IBM is great at penetrating its install base with new products,” he said.

IBM pitches itself as a thought leader with marketing campaigns such as ‘Smarter Planet’, he said. But most inquiries to Gartner from CIOs interested in working with IBM focused on contract negotiation – understanding the terms and variability of what is licensed, what is negotiable, whether multi-year discounts are available, and whether the CIO can leverage a large IT spend to get a good deal.

“The number one question is: how do you avoid being managed by IBM? Their account managers are very good at influencing strategy,” he noted, whereas a better relationship should be a ‘partner’ or ‘collaborative’ approach.

Looking ahead, Gaughan said IBM was exposing itself to significant levels of risk by moving up the stack from architecture into applications, as exemplified by its acquisition of Sterling Commerce.

“IBM was always selling software tools and hardware, but would shy away from being in the software applications business,” he said. “We are starting to see IBM compete directly with SAP and Oracle around business applications – especially with Sterling Commerce or business analytics and optimisation.

“The challenge IBM has is that they generate enormous revenue from partnering with Oracle and SAP,” he noted. “IBM makes US$15 to US$20 billion a year alone in implementing, hosting, and managing SAP landscapes for its customers. They have to sort out how to compete and cooperate to not impact that significant revenue stream.”

Gaughan said Microsoft was clear about its strategy, but less than transparent with customers when it came to software licensing.

“This is a platform story,” he said, describing Microsoft’s strategy. “They are a platform company first and foremost. They continually ask themselves, how do we drive platform and how do we protect our cash cows, Office and Windows?

When approaching Microsoft, consider that Windows is the core – and Microsoft will do everything to protect that core.”

New functionality and integration is drip fed through to users of the core Windows, Office and SharePoint platforms, he noted, using the example of Lync (unified communications) integration, which “drives value into investments customers have already made,” but CIOs should be mindful that this again only aims to protect the core.

That core platform is under attack, he noted, by Apple in the operating system world – which will become more mobile-centric over time, and by Google in the desktop applications space.

“Google is going after Office, mail and collaboration,” he said. “These are Microsoft’s crown jewels.”

Further, he noted that developer communities are “building momentum” on platforms removed from .Net and Windows.

He expects Microsoft to lose market share in 2012 and 2013 as this attack intensifies.

There is room for growth for Microsoft in the cloud, mobile and business applications markets, he noted.

Azure was mature and marketed aggressively, he said, Microsoft Dynamics (business applications) had potential among larger clients (assuming an adjustment in the vendor’s channel strategy), whilst SharePoint continues to dominate enterprise interest in the vendor.

He advised CIOs to consider migration to Windows 7, Office 2010 and SharePoint 10, but said they should only consider Windows 8 for tablet deployments in the short and medium term, and take extreme caution before deployment of Office365.

“Don’t make the mistake of slipping into an all-Microsoft strategy,” he said. “Sometimes you can go too far. Be considerate how much you’re investing with them.”

Gaughan was uncompromising in his assessment of Oracle, one of the most acquisitive vendors in the IT industry.

The company’s “aggressive” sales staff promote an ‘integrated suite’ of products borne of those acquisitions, he said, but the reality is that the company rarely actually provides integration points when compared to rival SAP.

“Just because I am buying multiple products from Oracle, it doesn’t mean it will come pre-integrated,” he said.

Oracle is not looking for where integration is possible but where it is profitable, he said.

“Total integration across the portfolio… won’t provide software license growth for investors. Profitability influences and colours every aspect of Oracle’s product strategy. Oracle offers a collection of products that might be best of breed, but in most cases the integration burden will always remain with you.”

Oracle is also notoriously evasive when it comes to long-term product roadmaps, he said, fearing cannibalising sales of its existing applications. The long-vaunted, late release of Fusion Applications was a case-in-point.

“Fusion Applications is a big part of their growth strategy, without freezing the market for their existing applications, without it being seen to replace what they have already got.”

Oracle will actively ensure that Fusion Apps is “not at a maturity level for customers to see it as a replacement” to apps they have already purchased, he said.

“Maintenance is king for Oracle – they generate a tonne of money on maintenance revenue,” he said.

“Maintenance accounts for 92 percent of Oracle’s profitability – and they wont do anything to disrupt that maintenance stream. So if you are considering Fusion Apps, you need to continually look to their roadmaps to consider longer-term strategy for the products you have already invested in. Unfortunately, Oracle isn’t always the best at disclosing long-term roadmaps, and maintenance isn’t a guarantee of future investment.”

Oracle’s strategy does make sense for customers in highly profitable, volume businesses, Gaughan said. He was especially fond of the company’s strategy to build tuned database and analytics appliances, and he has no doubt the company may one day build pre-tuned appliances for specific applications.

The vendor’s back flip on provision of cloud computing services was warranted, Gaughan said, but he advised customers to “tread lightly”. He noted that internally, the vendor’s own staff were not 100 percent sure of the company’s commitment to the cloud model.

“Strangely, you report they are the most difficult vendor to deal with, but it doesn’t prevent you from spending more money with them,” Gaughan noted. “It hasn’t changed your behaviour.”

Gaughan described SAP as a company with a “profitable application base that produces recurring revenue.”

SAP’s strategy was aimed at transitioning its application customers off Oracle database and onto SAP infrastructure, he said.

“SAP is one of Oracle’s largest database resellers – and is naturally interested in lessening its reliance on Oracle.”

Pilot customers of HANA had reported that the in-memory technology enabled “dramatic performance gains”, but once SAP told the customer how much the technology would cost in production, they struggled to make a business case for deployment.

“SAP haven’t sorted out the pricing,” he said. “It has given customers pause.”

One of SAP’s other big challenges is that it has largely exhausted the opportunity to upgrade existing customers from R/3 to Business Suite. Gartner estimates that 70 percent of customers have made the transition. “New revenue from that strategy is largely over, and that will impact total license revenue,” Gaughan said.

Further, SAP customers had proven reluctant to take up modular ‘packs’ that add functionality to the suite and extra revenue to SAP.

Gartner was most often approached by SAP customers to get a better understanding of software licensing.

“SAP has interesting licensing terms for getting data in and out of the system for use in other applications,” he said.  That complexity needs to be understood by any CIO adopting SAP for the first time.

He recommends existing SAP customers use any purchase of new SAP solutions as an opportunity to bargain on the maintenance being paid for support of existing infrastructure.

“I would lock in maintenance rates now, as SAP will be aggressive into the future,” he predicted.

Gaughan said none of the four vendors are “re-imagining” IT, as per the theme of the Gartner conference.

“You won’t find innovation in their product portfolio,” he said. “You might find it if you try and talk to the research parts of these organisations.

“I would argue that a lot of what they are trying to do is keep status quo and find ways to increase share of wallet. There isn’t an innovation agenda. They have to think about investors. If they get on the leading edge, it exposes and impacts them on the short-term.”

Managing the vendors was a full-time role, he said.

“These four organisations have US$100 billion to wage the war for your wallet,” Gaughan said. “You need to take control and not let them manage you. You need to build out our own strategic application roadmap, focusing on what your business goals are, and find what products suit, rather than wait for the app roadmaps of the vendors.”

He warned against the mentality that “I am an SAP/Microsoft/Oracle/IBM shop, and it drives everything I do.”

“You need to create a discipline within team for managing vendor relationships. And while it makes sense to use less vendors, you must always have an exit strategy.”