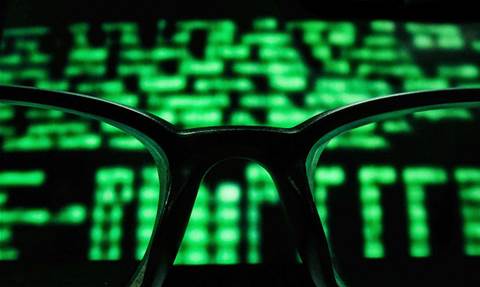 We may spend our days talking about the potential of technologies like artificial intelligence and robotics, but in reality many of the country’s most critical systems are still run from ageing mainframes.

The green screen remains a stalwart of Australia’s public sector. We've pulled out five of the biggest, but there are certainly many others.

Of course, the frustration of tapping data into a text-only database in 2015 pales in comparison to the cost, time and effort involved in trying to alter the functionality of these monolithic systems - which can incur bills in the hundreds of thousands for the seemingly smallest change.

The government has finally bitten the bullet and started the up to $1.5 billion process to transition the Department of Human Services off its mainframe-based income security integrated system (ISIS).

ISIS is the system the country has relied on for some 30 years now to pay the student allowances, income support and family support payments to millions of Australians each day.

Replacing it is a huge job. The transformation has only just begun, and in the meantime a small number of unfortunate DHS IT staff will still need to tap into green screen 3270 terminal emulators.

The department has been on a mission to replace these screens with a SAP CRM web interface, but it is not there yet.

Everyone knows what a headache NSW’s half-a-billion dollar LMBR project is proving to be. But even some of the project’s most vocal critics - the unions - recognise that it needs to happen to unshackle the state’s teachers and school librarians from technology their students would only recognise from old movies. 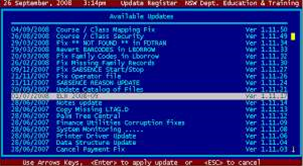 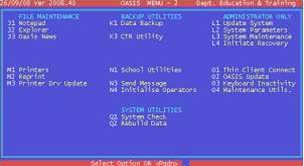 The idea behind the learning management and business reform program is to replace the nearly 30 year-old OASIS student administration suite with new SAP business tools.

When OASIS was first introduced in the late 90s, the schools system was only just beginning to take note of the “burgeoning use of computer hardware and software for school administration”, according to an essay written at the time.

Thirty years on, the rollout of the new platform to the bulk of the state's schools is set to begin soon.

For years, Victorian police officers have been kept at an arm’s length from actually having to input data into the notorious law enforcement assistance program (LEAP) database.

Actual hands-on interaction with the green screen system was limited to a bureau of data entry staff collecting up to 1200 paper forms faxed in by front line cops every day, which needed to be retyped into the decades-old mainframe system.

Victoria Police is working to change this, however.

Earlier this year, former CIO Wendy Steendam told iTnews her team had built and deployed an interface that was allowing members of the family violence unit to enter their daily investigation activities into LEAP, with plans to roll out to the rest of the 15,000 strong force progressively.

When you enter a Queensland motor registry, there is every chance the officer behind the counter is tapping away at IT from the 1990s.

If not - some terminals are understood to have a graphical user interface installed - they probably were in the not too distant past.

Transport and Main Roads is busy working on a replacement to TRAILS - the transport registration and integrated licensing system - which controls 3.4 million driver licenses, 4.6 million vehicle registrations and around $2.8 billion in revenue per annum.

TRAILS continues to run from an IBM mainframe operated by the state’s IT infrastructure authority CITEC, with COBOL code generated out of COOL:Gen.

iTnews has it on good authority that the state’s computerised operational policing system (COPS) database celebrated its 20th birthday last year with a bit of a party.

It is an example of what kinder Australian IT watchers would call a soldier.

But the police officers who had to deal with inputting text-only data into the ADABAS/Natural application, hosted on an IBM mainframe, probably weren’t so nostalgic.

These days the legacy application still exists, but police only have to deal with it through a web-based user interface and search functionality built by Fujitsu back in 2011, dubbed WebCOPS.

The mainframe system lurking behind has its days numbered, as the NSW Police team headed by CIO Chris Robson prepares to migrate to its replacement - nicknamed ‘NewCOPS’ - which will be based on J2EE and HTML5 technology.

Do you know of a system we missed? Tell us about it here.