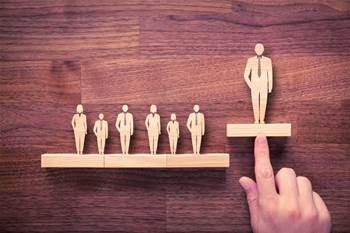 Following the departure of Craig Tucker.

The organisation has appointed Andre D’Cruz as acting CIO while a search is underway for a permanent replacement.

Tucker now leads the IT strategy and direction as CIO at Victorian-based disability services organisation Yooralla.

The new Salvation Army Australia CIO will have seven direct reports and will provide advice to the chief secretary and board.

“After a period of focus on building IT and cloud infrastructure, the new CIO will focus on digital strategy based on cloud architecture to support and enable the work of approximately 10,000 people across Australia in diverse roles that include critical social services to the vulnerable, Salvos stores, aged care and fundraising," Lovett said.

It is expected the successful candidate “will have had solid experience at GM level in an enterprise of significant scale and qualifications relevant to driving further digital and transformation strategy and delivery.”

Lovett said as The Salvation Army is a church-charity, its organisational structure will see the CIO reporting to the secretary for business support.

In a LinkedIn post, Tucker thanked the Salvation Army's IT departmentfor its “commitment to serve the organisation" through a transformation journey.

“I will forever remember with pride the achievements we made with our technology, digital and cybersecurity transformation," he wrote.