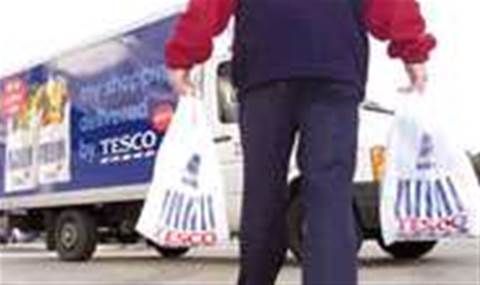 Do the "basics of grocery shopping" on the move.

UK retailer Tesco is developing an iPhone application to allow customers to do their grocery shopping on the move.

Nick Lansley, Tesco.com’s head of research and development, revealed this week on his blog that the retailer’s leadership team has asked for the software to be produced giving a “simple application that can do the basics of grocery shopping well”.

Lansley said the product is likely to allow users to search products by category or through simple text search, and to manage their shopping basket through the Apple phone.

Tesco has already invited independent software developers to create applications that link to its online store, to boost sales and produce innovative new ways of encouraging shoppers to use the site.

The firm is developing an application programming interface (API) that will allow developers direct access to its online services. Programmers producing software that uses the Tesco API would be rewarded for their efforts through an affiliate programme that pays them whenever customers place an order using their application.

Lansley reassured developers that the iPhone app is not intended to usurp their ideas.

“The software will use the forthcoming beta API and has no secret privileged access to our service so will not present an 'unfair advantage' over third party apps,” he said.

“We have never said 'never' when it comes to writing applications ourselves but we don't want to discourage anyone from writing their own. However, occasionally we will want to reserve the right to step into a marketplace ourselves with a basic application.”

Got a news tip for our journalists? Share it with us anonymously here.
itweek.co.uk @ 2010 Incisive Media
Tags:
application develop iphone shopping software tesco to