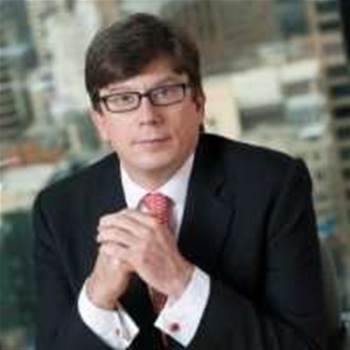 Telstra's head of products will become the telco's new chief financial officer tomorrow when its current CFO steps up to lead the organisation as outgoing chief David Thodey's replacement.

Thodey in February announced his intention to retire from six years as the head of Telstra in May.

Telstra CFO Andy Penn was named as his replacement. No announcement at the time was made for Penn's successor.

Telstra today said its group managing director of products Warwick Bray would take over the role. Both Bray and Penn will assume their new positions tomorrow.

Penn said Bray's 25 years of experience in the telco sector would drive "strategic focus for the company and opportunities in key growth areas".

“Warwick has decades of knowledge in and around telecommunications and technology and significant financial experience proven by his business results in Telstra and other companies,” he said in a statement.

“He is well regarded in the industry and has a proven track record in leading and significantly growing multi-billion dollar businesses.”

Bray joined Telstra in 2009 as its head of corporate strategy. The following year he was promoted to its head of mobiles, and in 2013 was named head of products - a $15 billion business covering mobiles, cable, ADSL, NBN, wi-fi and PSTN.

His pre-Telstra background includes stints in investment banking across Australia and the UK, and telco advisory roles at McKinsey and Company spanning 10 years.

Bray's first role out of university was as an analyst programmer with Shell. He has also worked as a systems engineer at HP.

A replacement head of products is yet to be determined, Telstra said. The telco's group managing director of consumer Karsten Wildberger will take over the role in the interim.

Outgoing CEO Thodey will stay on to aid Penn's transition to the top role after his retirement tomorrow, and will completely exit the telco in late August.