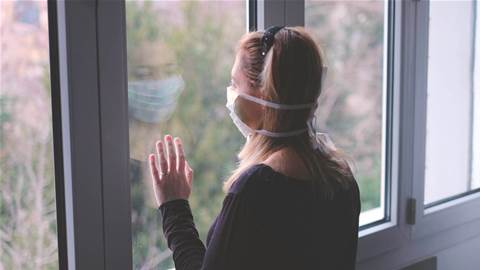 Global downloads of business apps including Tencent Conference, WeChat Work, Zoom, Microsoft Teams and Slack have risen nearly five-fold since the start of the year, data showed, as the coronavirus outbreak changes how corporations work.

The outbreak, which reached global pandemic status this week, has forced companies to rely heavily on business conferencing tools as workers stop commuting to offices.

Some of these newer services such as Rumii and Spatial, which let users attend meetings in digital rooms where they can see and interact with digitized, 3D versions of their coworkers.

Zoom Video Communications Inc’s daily active user base grew by 67 percent since early January, data from Apptopia showed. Analysts, however, warn that not every business app would see a corresponding financial gain from the demand surge.

“Most of them offer a freemium version so why would users pay when they can use for free,” Summit Insights Group analyst Jonathan Kees said, pointing to services like Microsoft Teams and Zoom, which recently expanded their free offerings.

Zoom last week said it had seen a jump in usage, but added it was early to say whether such users will convert into paying customers.

Shares of the company have surged more than 60 percent since the beginning of this year, even as broader markets have been volatile on fears that the fast-spreading virus could lead to a global recession.

Rumii, a virtual reality training and education platform by Doghead Simulations, which costs US$14.99 per month per user, last week began offering its services for free after noticing an uptick in use as the coronavirus spread in the United States.

Spatial Chief Executive Officer Anand Agarawala said that coronavirus concerns have led to a 400 percent surge in requests for the company’s licenses in the last month and a 50 percent increase in usage within the past week.

Some analysts say the accelerated adoption of business apps cannot be dismissed as a blip.

“We have to consider that some of these changes may be irreversible, when (hopefully) things return to normal,” DA Davidson analyst Rishi Jaluria said.

“You’ll see more companies adopting these technologies and using them on a regular basis. So the benefit is more long-term in nature.”