Telcos invited to apply for spot in 1800MHz spectrum auction 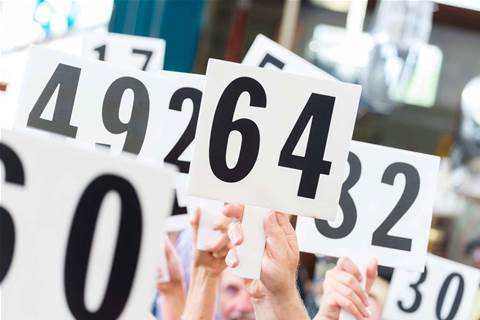 The communications regulator has opened applications for participation in the country's auction of 1800MHz spectrum in regional areas, releasing details of the starting prices for all lots to go on sale.

Earlier this year the Australian Communications and Media Authority revealed it would impose limits on the amount of spectrum able to be purchased by one entity.

Bidders can only buy a maximum of 2 X 25MHz chunks of spectrum out of the 2 X 60MHz for sale.

The spectrum - which has predominantly been used for backhaul, but for which large parts remain unused - will go to auction in November. Telstra, Optus and Vodafone presently use 1800MHz to deliver 4G services to metropolitan areas.

The ACMA will auction regional spectrum in the 1725-1785 MHz band as well as 1820–1880 MHz, alongside spectrum that has become available after the reissuance of expiring licences.

The spectrum will be divided into 147 lots.

"The ACMA expects there will be widespread interest in this band, which is internationally-harmonised for mobile broadband applications," the regulatory body said.

Applications for the auction close on October 1.

Starting prices for the spectrum also function as the reserve prices for each lot, the ACMA said, and were calculated on the basis of $0.08/MHz/pop.

Bidders interested in South Australian regional spectrum will be asked to bid more than $137,000, while those after 1800MHz in WA will need more than $237,000.

The online auction will be conducted using software from Power Auctions. All lots will be open for bidding at the same time.

Early this year the ACMA asked the Communications Minister for the ability to reallocate regional 1800MHz spectrum by issuing new licenses, a request that was later approved.

The regulatory body had noted increasing demand for the spectrum from numerous interested parties, mainly due to the ability to utilise LTE technology in the band to deliver mobile broadband.