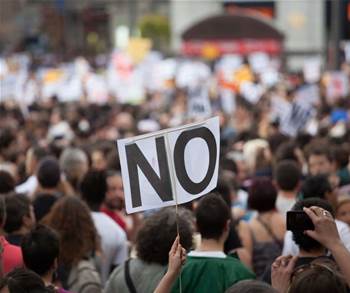 More than 40 technology companies, organisations and privacy lobby groups have written to the United States Congress to ask for an end to the NSA's bulk collection of communications metadata.

Among the signatories to the letter is Reform Government Surveillance, an organisation set up by tech giants Google, Apple, Facebook, Microsoft, Yahoo, Twitter, AOL, Dropbox, LinkedIn and Evernote, to press for curbs on state spying.

The companies have urged Congress to end mass surveillance and bulk data collection practices under Section 214 and 215 of the USA PATRIOT Act.

"Any collection that does occur under those authorities should have appropriate safeguards in place to protect privacy and users' rights," the letter demands.

The groups are also seeking transparency and accountability mechanisms for government and company reporting of surveillance, along with a declassification regime for the Foreign Intelligence Surveillance Court (FISA) and its decisions on authorising spying.

The USA PATRIOT law was introduced by former president George Bush in the wake of the Al Qaida terrorist attacks in New York City.

President Barack Obama agreed to a four-year extension for the controversial law that provides US law enforcement with wide-ranging surveillance powers in 2011.

The technology companies and privacy groups wrote to Congress ahead of the June 1 expiry of Section 215 of the PATRIOT Act, which could be reauthorised by the Obama administration.

The bill would also crimp the powers of US law enforcement to compel vendors to insert interception capabilities in their equipment, and additionally protect leakers such as former NSA contractor Edward Snowden.