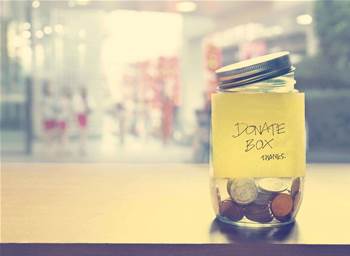 The Australian technology companies that consistently make donations to the country's political parties were missing in action last year, with only one choosing to offer financial support.

Optus is one of the two most consistent and generous donors to political parties from the technology sector, according to the annual political donations disclosure list published by Australian Electoral Commission.

But MacTel last year did not offer any funds to the political parties, according to the AEC figures. The only other year it has been absent was 2010-11.

However the company told iTnews it had in fact made donations, but the details have not yet been published to do a "filing timing issue".

Telco Vocus also frequently appears on the donations list, last year making a $50,000 pledge to the Liberals, but appears to have decided to take last year off.

Another regular donor is Village Roadshow, which has long handed over significant sums to both the major political parties.

Last year, however, it limited its funds to just the Liberal party, offering up $50,000.

Northern Territory IT provider Vertical Technology Group made a reappearance last year following its first donation in 2013-14 ($20,000 to the Country Liberals), to pledge $30,000 to the Labor party.