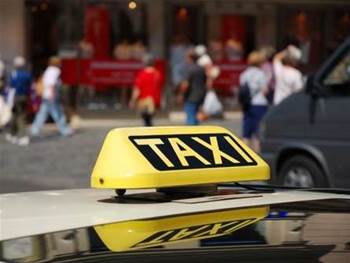 A survey of around 2000 taxi drivers from eleven major cities around the world shows thousands of valuable mobile phones, handhelds, laptops and USB Sticks are forgotten in taxis every day.

The results of the survey showed that 6,440 mobile phones were lost by Sydney citizens in the last six months, with only 4,587 phones being reclaimed. The number of PDAs or Pocket PCs left in Sydney taxis totalled 440 - out of that 337 were reclaimed.

Conducted by US-based data encryption vendor Pointsec, the 'Taxi 2006/07' survey gauged the frequency and ease with which small mobile devices are lost in transit.

London residents fared the worst when it came to losing their valuables. A staggering 54,874 mobile phones (that’s over 2 per taxi) were lost. Around 4,718 handhelds or Pocket PCs, 3,179 laptops and 923 USB sticks/thumb drives were left in the back of licensed taxi cabs, said Sandeep Joshi managing director at Pointsec.

Joshi said the numbers of lost laptops was also highest in London – 3,179 - with Munich in second place with 355 and Bombay in third place with 349.

“There is some good news for absent minded people though in that, if you are going to lose your mobile device, you couldn’t do it a better place than a taxi,” he said.

Globally an average of 75 percent of passengers were reunited with their mobile phones and 78 percent with their pocket PCs and laptops – with the taxi drivers in almost all cases tracking down their owners, said Joshi.

“Once again London came out on top – this time for having the most honest drivers with 96 percent of all mobile phones reported as being re-united with their happy owners,” he said.

However, the case was very different in San Francisco with just 32 percent of passengers being reconciled with their mobile phones and just 32 percent getting back their laptops compared to 100 percent in Bombay and Berlin.

Pointsec surveyed around 250 taxi drivers in each country extrapolated the figures based on the number of taxis in each city.
Got a news tip for our journalists? Share it with us anonymously here.