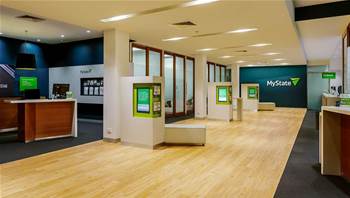 Picks up BaNCS from acquired company.

MyState had been running Fiserv's core banking solution for a number of years, but chose to swap it out due to an inability to customise the system coupled with a lengthy upgrade cycle.

Instead, the financial institution opted to implement the BaNCS core banking system used by Queensland-based Rock Building Society, a regional peer it acquired in 2011.

MyState signed the contract with TCS in November 2012 and went live with the system last month.

The swap-out was timed over the November 2013 long weekend, with systems down from after the close of business Friday and up again at around 2am the following Sunday morning.

Australian TCS country head Colin Sword said his team, complemented by 12 internal MyState IT staff, had hoped to go live with the system slightly earlier. They faced the ‘typical challenges’ that come along with a critical system cutover.

“There are always little things that crop up,” he said. “People want to keep some things and hang on to some things. And if you set a tight plan, you have to manage it and give people grief when they run a day late. If you set a generous plan, you’ll be rewarded by having generous consumption of that plan.”

While the new platform offers both online and mobile banking components, MyState has opted to retain its existing Rubik online system for the time being and has put off releasing mobile banking.

“If you change online banking, you upset everybody, no matter what you do,” Sword said. “We had the underlying engine, but said ‘let’s keep the external exposure as little as possible, and once we’ve stabilised the new environment, we’ll worry about upgrading online and mobile’.

“Every place I’ve been to where we’ve changed online without taking that approach, we’ve had negative feedback, even though we think the new solution is better and easier to navigate. People are creatures of habit, so we have to do a soft entry.”

He expects MyState to use BaNCS for its first mobile banking offering in the “second or third quarter” of next year.