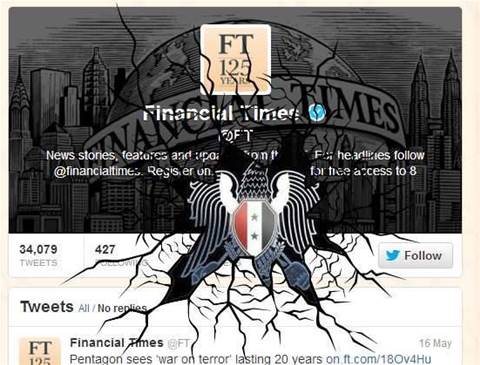 The Twitter feed of the Financial Times was suspended after it was hacked and malicious links posted.

Stories on the FT's website had headlines replaced by ‘Hacked by Syrian Electronic Army' and messages on its Twitter feed read: "Do you want to know the reality of the Syrian 'Rebels?'" followed by a link to a video.

The hacking group was a supporter of Syrian President Bashar al-Assad. Its attack on FT followed a phishing attack against company staff.

The attack comes after the Syrian Electronic Army hijacked the Associated Press Twitter account and issued false tweets that explosions at the White House injured President Obama, a message that triggered a sharp sell in US financial markets.