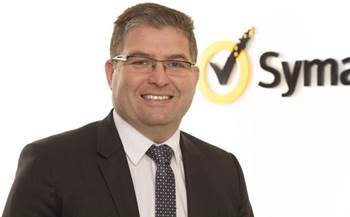 Symantec has appointed Ian McAdam as its new managing director for the Pacific, filling a role vacated by Brenton Smith's departure at the end of last year.

Paul Simos had been acting in the position, but following the new appointment is now leading former Symantec business unit Veritas for the Pacific, following the company's split into separate security and information companies.

McAdam comes to the security vendor from Oracle, where he was A/NZ vice president of applications for nearly four years.

Prior to that McAdam spent a year and a half as the vice president of mobile money solutions provider eServGlobal.

In his new role he will report to Symantec APJ senior vice president Sanjay Rohatgi.

"[McAdam] brings to our company an excellent reputation for effective leadership in the IT software industry – forming and fostering solid relationships with customers and partners," Rohatgi said in a statement.

"Symantec has a strong heritage in Pacific, having had a presence here for approximately 25 years. As we work toward completing our company separation by January 2016, this region will remain a vital market for Symantec."

McAdam will be based in Symantec's Sydney office.

His appointment follows a change at the top for Symantec globally, after the security software vendor hired Michael Brown as a replacement for fired chief Steve Bennett late last year.

The split of Symantec will become official later this year.

Veritas will become the information management business, and will include backup and recovery, storage management, archiving, and information availability solutions. The business generated $2.5 billion in revenue last financial year.

Got a news tip for our journalists? Share it with us anonymously here.
Copyright © CRN Australia. All rights reserved.
Tags:
brenton smithian mcadammanaging directorpacificpaul simosstrategysymantecveritas pacific