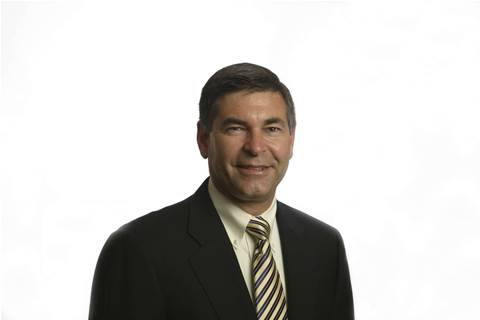 Bennett was let go after less less than two years in the role - the second time Symantec had sacked its chief in as many years - and Brown stepped in as the company's president and CEO in the interim.

The company said at the time its decision was the result of an "ongoing deliberative process" and was not precipitated by any one event. I advised it would recruit an executive search firm to look for a replacement alongside an internal special committee.

The board CEO search committee ran a global "robust and diligent" search for a new chief which involved over 100 candidates and the active vetting of 30 applicants, the company said.

Symantec chairman Dan Schulman said Brown as interim CEO had brought energy, intensity and momentum to the business, as well as improving the company's operating and financial performance.

"Most importantly, he demonstrated vision and creativity as he has worked with the Board and the management team to develop a strategic plan based on focused investment and innovation in key areas of high customer need," Schulman said in a statement.

"With this appointment, the board looks forward to working with Mike to bring this vision to reality and to continue Symantec’s momentum.”

Brown will make Symatenc's new strategic plan public in the next 30 days, the company said.

He has been a member of Symantec's board since the company's merger with Veritas Software in 2005.