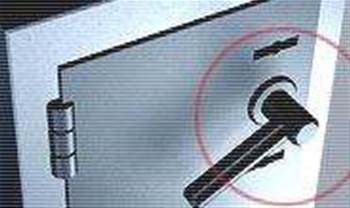 Global security firm Symantec announced today that it has finalised its acquisition of MessageLabs, and CEO John Thompson will retire to be replaced by Enrique Salem.

Thompson, 59, will retire as CEO and chairman at the end of the fiscal year, but will remain chairman of the board.

“I am proud of our team’s accomplishments over the past 10 years as we’ve transformed the company from a consumer software publisher to the leader in Internet security, data protection and storage management,” said Thompson.

He will be replaced by the current chief operating officer Enrique T. Salem, 43, as president and chief executive officer effective April 4, 2009.

Salem has experience in sales, productivity and operations. He was the president and CEO of Brightmail, an anti-spam company bought by Symantec in 2004. He was a senior vice president of products and technology at Oblix Inc, and led engineering and IT operations at Ask Jeeves.

During his time at Symantec, he was chief technical officer and senior vice president of the security business unit. Since January 2008 he has been the company’s chief operating officer, leveraging R&D investments and overseeing the company’s day-to-day operations.

“Enrique is a strong leader with extensive knowledge of our business and great relationships with our customers and employees,” said Miller. “His breadth of experience throughout his career and the depth of his knowledge about Symantec uniquely qualify him to lead the company in its next stage of growth.”

“Symantec has a history of innovation and a solid foundation for growth. I am confident in the team and our ability to execute for our customers,” said Salem. “I am delighted to have this opportunity to lead a great company through its next phase of growth and shareholder value creation.”

The MessageLabs purchase is claimed to boost Symantec into a leadership position in the Software-as-a-Service (SAAS) market, expanding Symantec’s existing portfolio of SaaS offerings with messaging and web security services from MessageLabs.

A company spokesman said: “The combined expertise from MessageLabs and Symantec will expand SaaS delivery and customer support models across the Symantec technology portfolio and accelerate the development of new hybrid online and on-premise offerings for IT professionals.”

Messaging security solutions protect against spam and viruses, and prevent unauthorised content from being transferred into the wrong hands.

Symantec estimates that with this acquisition, it will expand its messaging security market leadership to two times its nearest competitor.