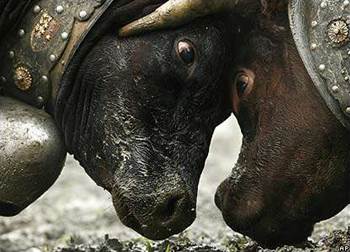 But Symantec and Intel were still cozy.

Symantec's president said Intel's buy of McAfee was "the best thing to happen" to the company because security will be sidelined.

“They bought a (US)$2 billion business, but the CEO and CTO are both gone and I think that the acquisition was the best thing to happen for Symantec," Symantec president Enrique Salem said.

"They will say that building silicon is more important than security."

Salem said Symantec's relationship with Intel had continued despite its ownership of McAfee.

He said Intel came to Symantec events and remained a partner. The company had also reaped benefits from the relationship, he said.

“Intel sees Symantec as its largest and integral partner, they use our PGP encryption technology to do their anti-theft and they see us as the largest security company in the world; if we can help them sell more silicon, then that is good for everyone"

Got a news tip for our journalists? Share it with us anonymously here.
Copyright © SC Magazine, US edition
Tags:
acquisitionsintelmcafeesecuritysymantec