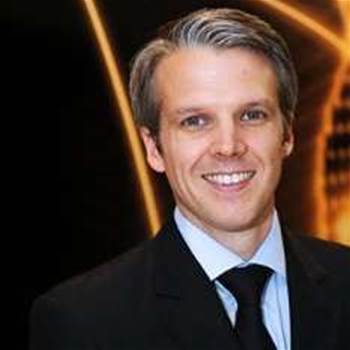 Symantec’s former Australian director of channel sales Jeff Arndt is suing the security vendor for unfair dismissal after he was made redundant in a business restructure earlier this year.

Arndt began his career at Symantec in May 2006, working his way up to director of Pacific channel sales in April 2010, based in Victoria with 11 managerial staff reporting to him.

Arndt alleged he was informed by Australian vice president and managing director Brenton Smith on January 11 his position would be eliminated as a result of an intended restructure of the channel business, according to court documents sighted by iTnews.

According to a statement of claim, Arndt filed an internal complaint two days later as to why he hadn’t been given the opportunity to pursue redeployment into the new channel director role.

On January 24, Arndt said he attended a webcast held by Smith which notified Symantec staff of the organisational restructure and outlined the process of redeployment available to affected employees.

One day later Arndt was sent a letter by Smith informing him his employment would be terminated in six days if he couldn’t secure another Symantec position by that date, upon which time he would receive five weeks pay and 16 weeks severance pay.

Arndt alleged he was not given the same redeployment opportunities as other employees and was discriminated against as a result of his internal complaint.

Since his promotion to channel director, Arndt had been receiving an annual salary of $204,000, as well as annual sales commission of $136,000 if targets were met, a car allowance of just under $10,000 and health insurance.

“The dismissal was effected without cause arbitrarily and for a collateral purpose of depriving the applicant of the benefit of his unvested RSUs, and thereby was a breach of the Applicant’s employment contract,” Arndt’s lawyers said in his statement of claim.

Arndt is claiming loss of salary and remuneration, loss of superannuation benefits, loss of unvested RSUs, and loss of redundancy benefits under the company’s redundancy policy.

He wants compensation, a pecuniary penalty against Smith to be paid to him, payment of his safety net contractual entitlement, damages for breach of contract and interest on the damages award.

Following a hearing yesterday in the Federal Court, the dispute was referred to assisted mediation resolution to be completed before September 23.

If mediation is unsuccessful, Arndt will serve evidence on Symantec by October 18.

Mediation between Smith and Arndt had previously been attempted in April this year with the Fair Work Commission, but the dispute was unable to be resolved.

The Commission concluded that all other mediation efforts were also likely to be unsuccessful.

Symantec declined to comment and Arndt did not respond to request for comment by the time of publication.