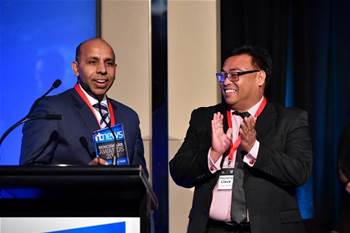 Sydney Water's customer hub was named the top industrial IT project at the iTnews Benchmark Awards for the ambitious way it seeks to serve the utility's customers.

The platform - which acts as a "nerve centre" at the heart of Sydney Water's operations - utilises the company's vast data troves to predict when issues might occur and to better organise its response.

It is designed to not only proactively notify customers in real-time of any problems that may impact their water delivery, but also to potentially allow its workers to spot and fix issues before they become actual problems.

The platform is still quite young - it went live to a million customers in Sydney last December - but Sydney Water is expecting a 3-5 percent uplift in customer satisfaction and a similar saving in its operating expenses.

"This award actually goes to our team who were responsible for delivering these very good results for our customers, and I would like to dedicate this award to them," Sydney Water's Inderjit Batra said.

You can read more about Sydney Water's work alongside the other winning projects in the iTnews Benchmark Awards 2018 special edition report.