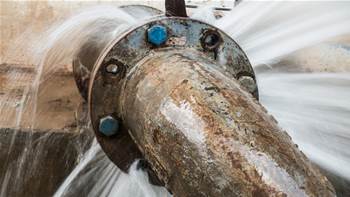 Sydney Water has saved 9000 megalitres of water over two years thanks to a trial that used acoustic listening technology to detect hidden leaks in its subterranean water network.

The trial involved fitting 600 acoustic sensors – developed with the University of Technology Sydney, Detection Services, WaterGroup and Ovarro – to 13 kilometres of water mains in the Sydney CBD.

It began in late 2019, following a similar project by SA Water in 2017. By early 2020, SA Water was using acoustic sensors to detect around half of all water main leaks and breaks in the Adelaide CBD.

For the Sydney Water project, the acoustic sensors were designed to “target non-surfacing leaks up to 200 metres away” by listening to the high-pitched frequencies generated by escaping water.

For a more accurate recording, the sensors – which can be moved around the network as the need arises – are used in the early hours of the morning to prevent false positive results.

“As a result, we’ve discovered 160 hidden leaks by identifying the sound of water rushing through a break in the pipe,” he said.

“This has allowed us to demonstrate world-leading capability in adapting acoustic sensing to target non-surfacing leaks, some of which may have been active for an estimated five to ten years.”

The amount of water saved – the equivalent of 3600 Olympic-size swimming pools – is estimated to be worth $20 million.

“Currently, prediction accuracy using one model of sensor is approximately 95 percent,” he said.

Sydney Water now plans to integrate the sensors into its “business-as-usual approach, which will result in planned and scheduled maintenance works reducing the need for reactive maintenance”.