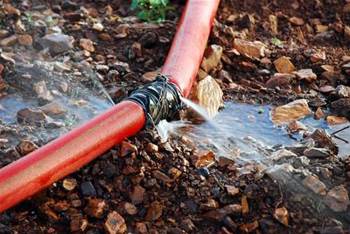 Sydney Water plans to use machine learning techniques to assess and identify water pipes that are at risk of breakage.

The utility said it will work with NICTA (National ICT Australia) on the $700,000 project, which forms part of a broader $16 million, five-year project revealed in Sydney Water's most recent annual report (pdf).

"All water utilities with buried water pipes are faced with the issue of finding pipes that are at high risk of failure before they fail and result in significant disruptions to the community," Sydney Water managing director Kevin Young said in a statement.

"To do this, we need accurate models to identify high-risk pipes which can cope with the differences in age, pipe material, environmental conditions and urbanisation.

Sydney Water's science and technology manager, Greg Allen, said in the annual report that technologies "from around the world" are being brought to Australia under the five-year project.

"We are working with universities and other industry leaders to investigate when and why water pipes burst."