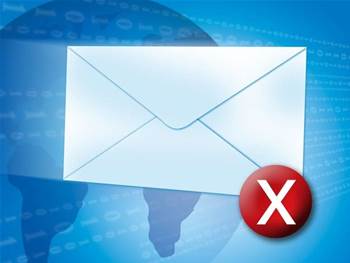 Just days after news surfaced of a swine flu outbreak in Mexico, spammers are exploiting the news to advertise online pharmacies.

Researchers have tracked several new spam runs which make reference to the outbreak, using such headlines as "swine flu worldwide" and "first US swine flu victims." Other messages claimed that actress Salma Hayek and pop star Madonna had contracted the illness.

The messages themselves contained links to online pharmacies which peddled drugs claiming to treat Swine Flu.

A spokesperson from security vendor McAfee told vnunet.com that the attacks are believed to be the work of botnet machines and have accounted for roughly two per cent of the global spam volume in recent days.

The practice of capitalising on current events to push spam and malware is nothing new. For years, spammers have been using popular headlines as subject titles in order to lure users onto the spammed sites or malicious attachments.

"Crawling news sites for suitable stories to use in campaigns is commonplace and very easy to automate," wrote Sophos researcher Fraser Howard.

In recent incidents, malware writers have joined the party. Top headlines and tools such as Google Trends have been used to fuel search engine optimised attacks that push malicious links to the top of result pages on popular search terms.

Both Sophos and McAfee recommend that users steer clear of the attacks by not clicking on any suspicious links and not opening suspicious or obvious spam messages.

Got a news tip for our journalists? Share it with us anonymously here.
Copyright ©v3.co.uk
Tags:
emailflumexicooutbreaksecurityspamswine