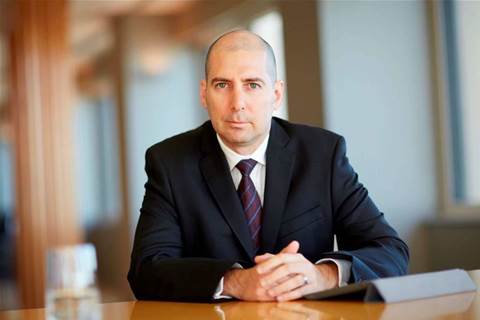 Michael Salas will end four years as chief information officer at the Australian arm of waste management company Suez early next year, when he packs his bags for the company's bigger North American business.

Salas joined Suez - at the time known SITA - in late 2011 after about four years in operations and infrastructure for Perpetual, and two years before that as the head of technology for Ticketek.

During his time at the waste management company, Salas completed the rollout of Office 365 to the business, migrated its data centres to Telstra in mid-2014, and undertook a massive transformation of core systems onto a single SAP platform.

He was named a finalist in the industrial category of the iTnews Benchmark Awards 2014 for the 'NextGen' project.

Salas has now been lured to North America by his former boss Eric Gernath, now CEO of Suez's North America operations, to undertake the same kind of transformation work as the region's chief information officer.

He will hold responsibility for all aspects IT strategy, governance, project delivery, systems development, infrastructure and service delivery for the business, which employs around 3400 people, compared to around 2200 locally.

Salas will commence his new role in early March next year, and will report into the CEO.

“As a global resource management company, Suez is constantly finding new ways to provide smarter solutions for its customers, with technological innovation leading this change," Venhoek said in a statement.

She joined Suez in March last year as head of project portfolio management, and later took over leadership of the SAP implementation project.

Ozhan has 25 years experience in the IT industry, including in management roles across QBE, Westpac, Ticketek, the Nine Network and AMP.