Success of online services down to trust 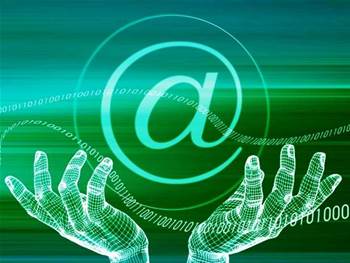 Online organisations need to work harder to gain the trust of their users, researchers revealed today..

The Economic and Social Research Council claimed that surfers will only divulge information to trusted online third parties.

"Even people who have previously demonstrated a high level of caution regarding online privacy will accept losses to their privacy if they trust the recipient of their personal information," said study leader Dr Adam Joinson of the School of Management at the University of Bath.

The findings of the study are potentially valuable for those aiming to create online services that pose a potential privacy threat, such as government agencies involved in developing ID cards.

The project found that even those people who declared themselves unconcerned about privacy would soon become opposed to ID cards if the way that they were asked for information made them feel that their privacy was threatened.

To address these issues the Privacy and Self-Disclosure Online project has been created using funding from the Economic and Social Research Council.

"For the first time we have research which actually analyses what people do online, rather than just looking at what they say they do," said Dr Joinson.

The research suggested that 56 percent of internet users have concerns about privacy when they are online. The central issue was whether websites were seen as particularly trustworthy or untrustworthy causing users to alter their behaviour.

When a website is designed to look trustworthy, people are willing to accept privacy violations. But the same actions by an untrustworthy site lead people to behave in a much more guarded manner.

The researchers also looked at how the wording of questions and the design of response options further influenced levels of self-disclosure.

If the response 'I prefer not to say' appears at the top of an options list, users are far less likely to disclose information.

Similarly, if given the opportunity to remain vague in their responses, for instance in choosing the scale that represents their salary, they are more likely to opt for less disclosure.

"Even people who genuinely have a high level of concern regarding privacy online may act in a way that is contrary to their stated attitudes when they come across a particular set of conditions," said Dr Joinson.

The research concluded that the way in which a user assesses the trustworthiness of a website may have a real impact on the success of online services.

Got a news tip for our journalists? Share it with us anonymously here.
Copyright ©v3.co.uk
Tags:
downnetworkingofonlineservicessuccesstotrust