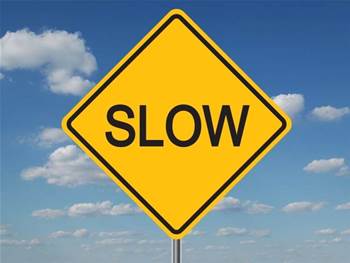 A new report is predicting a slow market for enterprise adoption of Microsoft's upcoming Windows 7 release.

In a recent survey of 1100 IT professionals, 83 per cent of IT departments are not planning on adopting the new Windows operating system in the next year.

The study was carried out by research firm Dimensional Research with the backing of IT management vendor KACE.

According to the researchers, economic hardships and lingering doubts from Windows Vista were the main causes for apprehension.

Overall 83 per cent of those surveyed said that their companies would be skipping Vista altogether and moving from Windows XP straight to Windows 7.

Of the 17 per cent of respondents who did plan on upgrading to Windows 7 in the next twelve year, more than half said that a desire to avoid Vista was the main reason for the move.

Additionally, 50 per cent of the respondents said that their companies had considered switching to Linux or MacOS systems rather than a new version of Windows.

"The research shows that despite the early enthusiasm for Windows 7, organisations are still wary about adoption, demonstrating what could be described as an even overly cautious approach."

The news comes as Microsoft has officially ended the official support period for Windows XP.

The aging OS doesn't seem to be worrying too many admins, however. Some 72 per cent of those surveyed in the study said that they were more concerned about upgrading to Windows 7 than maintaining an outdated Windows XP system.

Got a news tip for our journalists? Share it with us anonymously here.
Copyright ©v3.co.uk
Tags:
centnextperresearchsoftwarevistawindows