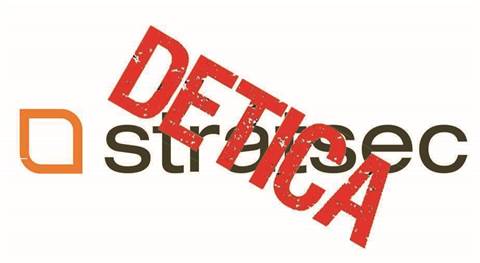 Stratsec was bought out by the British defence giant BAE Systems for $24 million two years ago. Stratsec had previously merged with another small Australian security consultancy, SIFT, in 2009.

As a result of that merger, the two small security consultancies became the largest outfit in Australia, sharing the notion that in security, bigger is better.

While dust settled on many advertisements for vacant security consultancy jobs, Stratsec continued to grow. It made clear its intention to poach the best in the business with fatter pay cheques and an interesting day job.

BAE was one of many of its kind to make the play into the vibrant and cashed-up world of cyber security. The company didn't do things by halves, and decided to merge Stratsec with its other infosec consultancies including Detica, ETI from Denmark and Norkom from Ireland.

Stratsec six months ago underwent the technical and human restructures that mergers demand, but only this week dropped its founding name.

The merger brings the total headcount of BAE Systems Detica to 2500, a massive jump from the 40 staff it housed in 2009.  The company hopes to hire a further 50 security staff locally next year.

"There are certain clients and contracts that you don't get access to without scale," Ellsmore said. "These are things like any really large scale implementation projects, core banking systems or telco upgrades, or large scale defence projects."

The company has an entire pool of consultants to draw on for Australian projects, while local staff can be called on to deliver work in Detica's overseas offices.

Ellsmore will hang up his pen-testing boots this month to run solo as a consultant for mergers and acquisitions. He said information security has gone from a niche game to mainstream.

"When SIFT started, information security was so niche. Banks and defence agencies were of course interested and knew security was important. But it's mainstream now. Everyone from universities to healthcare organisations are interested. The industry really has evolved."