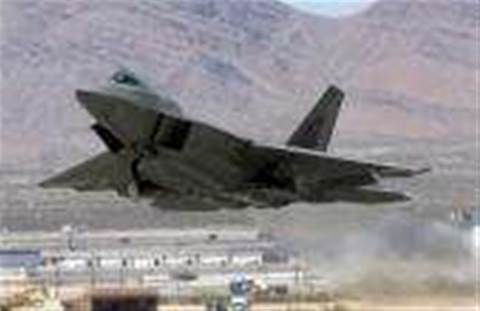 The jets were flying from Hawaii to Japan when they were forced to turn back after suffering problems with their navigation systems.

The problem seems to have arisen not from the time change, but from the change in longitude from W179.99 degrees to E180 which occurs on the International Date Line.

The USAF refused to specify the cause of the issue saying only that the aircraft "experienced a software problem involving the navigation system en route from Hickam to Kadena".

The F-22A Raptors reportedly had to turn round and return to Hawaii using only visual contact with their tankers.

The US$125m planes, the most expensive fighters ever built, returned safely, but the situation may have been disastrous if they had not been with their tankers or the weather had turned bad.

The Raptors have since made it to Kadena with more than 250 personnel from the 27th Fighter Squadron, Langley Air Force Base in Virginia, as part of a scheduled rotational assignment lasting 90 to 120 days.

Got a news tip for our journalists? Share it with us anonymously here.
Copyright ©v3.co.uk
Tags:
by crash fighters hit software stealth