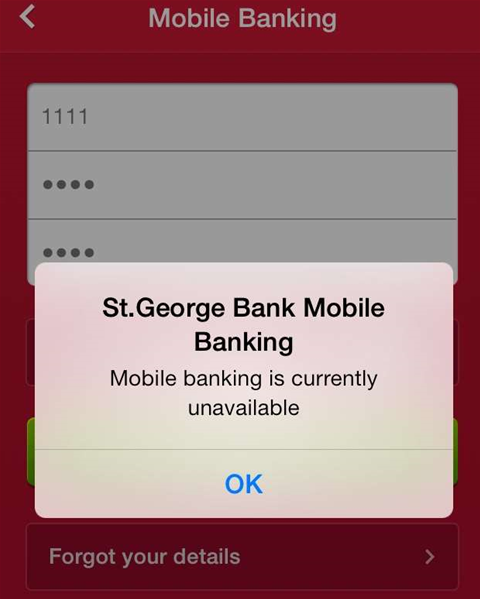 Online, mobile and phone banking services were inaccessible for customers of Westpac subsidiary St George Bank for three hours today, after the bank suffered "technical difficulties" with its platform.

St George confirmed the issue had begun affecting users at 10:15am. It apologised and said it was urgently working on a fix.

Customers attempting to access online, phone or mobile banking services were informed of "technical difficulties" but were not given a forecast for when services would be restored.

The bank informed iTnews at 1:15pm the issue had been resolved and the system was back online.

It is yet to detail the cause of the outage.

Correction: An earlier version of this article incorrectly stated St George uses the Fiserv online banking system. That platform is in use buy St George parent company Westpac, while St George runs a homegrown platform called Compass. We apologise for the error.