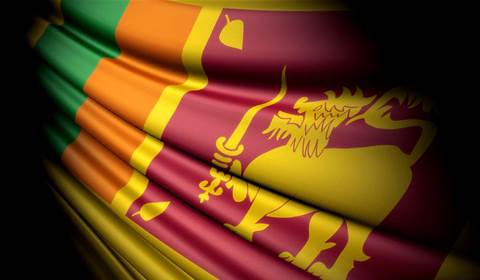 Adelaide-based CAM Management Solutions (CAMMS), a provider of Business Intelligence software and consulting, set up a Global Service Provisioning Centre in Sri Lanka three years ago, just prior to the end of the civil war.

The company employs over 100 staff in the facility to fulfil contracts for the likes of the South Australian and Northern Territory governments.

According to Joe Collins, managing director at CAMMS, it wasn’t tax sweeteners that piqued his interest in the region.

The company struggled to find the skills at home required to keep up with its plans for growth.

Investing in the facility amid the closing stages of the civil war, Collins saw "a country with huge potential, using resources in a non-productive way.

"It’s a much more relaxed place now," he said. "Now that the Government no longer needs to focus [on] war, it’s naturally more amenable to business. It has better priorities than buying bullets.

“We saw Sri Lanka as the next big opportunity to support our growth – and it was exactly half way between our offices in Australia and the UK. Our company was growing very rapidly, and we were struggling to find the right people to keep up our R&D needs in Australia while supporting the needs of our customers.”

Collins developed a business relationship with a Sri Lankan investment agent to facilitate recruitment and the establishment of the centre.

“We considered the outsourcing or joint venture approach,” he said, “but in the end we decided to establish a company there."

Rather than "outsource the hack work", Collins wanted the service centre to work hand-in-hand with employees in Australia and the UK.

"We are very open and proud of our service centre," he said. "We wanted the Global Service Delivery Centre to be an extension of us, to work jointly on projects. The company policy is to up-skill staff at the centre, to disseminate our corporate knowledge.”

During the past three years, CAMMS' Sri Lankan scope has grown from R&D to 24-hour helpdesk, eTraining, marketing and product development around such complex areas as business intelligence and knowledge management.

“If you keep at it, the same rules apply as at home – you just need good staff and you need strong leaders," Collins said.

Collins said the Sri Lankan office has shortened CAMMS’ cycle of product development, improved its responsiveness and ability to scale and raised the standard of its customer service.

The only challenge, Collins said, is that Sri Lankan Government initiatives are getting noticed by some very large multinationals. Already, sweeteners have attracted investment from the likes of Microsoft, Motorola, SAS and Nokia.

“When big American companies come in and set-up 1000-man offices, there will be more demand for staff,” he said.

But he has no regrets.

"We were lucky, in some respects, that we got in early. I’d say I still would have done it without any tax agreements. It’s cost-effective, and it solved a problem we had around the availability of skilled people, and how to keep them.”