Australia to house new spy base for military comms 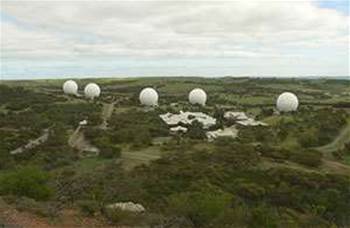 The Australian and US Governments will build a spy base in Western Australia to facilitate real-time communications between the military operations of both countries.

A US$9.6 million (A$10.2 million) ground station will be built at the Australian Defence satellite communications station - run by the Australian Signals Directorate - in Geraldton in WA to support the new Teleport system, as first reported by The Australian.

The system will offer next-generation military satellite communications for Australians and US armed forces stationed across the world.

It will provide direct access to multi-frequency military and commercial satellite communications for the US’ Wideband Global System (WGS) - a group of six advanced US satellites in orbit over fixed parts of the world - to allow Australian and US forces to respond more quickly to military events.

Each Teleport will provide defence personnel with “multiband, multimedia and worldwide access” to the US defence information systems network (DISN) at any location throughout the world, "far exceeding" existing capabilities.

“Ground facilities are strategically located across the globe to provide continuous cover for communications uplink, downlink, satellite control, and connections to terrestial communication networks," the US defence department said in project documents.

“The DoD Teleport System at Geraldton is particularly advantageous for access to the WGS satellite constellation because it can see up to five WGS satellites.”

The US Department of Defense is currently midway through a five-year program to upgrade the satellite communications (SATCOM) gateways linking deployed personnel to the DISN.

The new Teleport system will address the “urgent operational need” to upgrade the existing teleport systems to meet the requirements of the gateway upgrade project.

“The existing SATCOM (both Australian and US) facilities located at the Australian base are not adequate to accommodate the new equipment,” the department advised.

The Geraldton region in WA proved favourable for both governments due to the significant amount of open land available next to the existing antenna compound.

US Defence expects to complete the build and implementation of the new facility in June 2016.