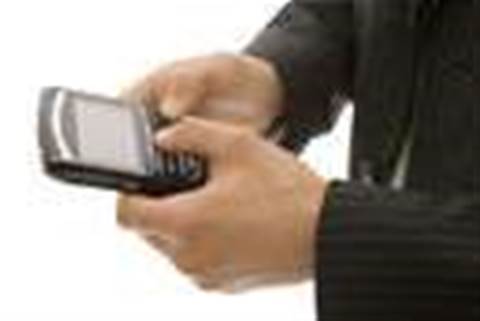 BlackBerrys were the only recommended smartphones for handling highly sensitive Government data, according to British spies.

“These security procedures cover architectural issues - such as recommended network layout, recommendations for operational monitoring - configuration advice, user education and training suggestions, and information on residual risks that senior risk owners will need to take into account,” a spokesman said.

“The publication of this risk management advice and guidance is intended to ensure all UK Government organisations have access to the information they need to take educated risk management decisions when deploying remote working solutions using smartphones.”

The authority worked with the telecoms industry to produce the report on how to secure smartphones for remote working, covering lower risk situations.

The guidance document itself was not available to the press.

It claimed the document will help many parts of the public sector work more efficiently and effectively, in turn saving money for the taxpayer.

As for more handling serious data, however, it said the only way was BlackBerry.

“The BlackBerry Enterprise Solution from Research In Motion remains the only smartphone system to have been formally evaluated by CESG and is approved to protect material classified up to and including ‘restricted,’” it said.

BlackBerry was the most secure platform, said IDC analyst and director for enterprise mobility Nick McQuire.

"[It] remains the leader in this respect, providing the highest levels of assurance without the added cost or complexity of needing to bring third-party software into the equation,” McQuire said

BlackBerry devices were not infallible as the recent Pwn2Own contest highlighted when a Torch 9800 was successfully hacked.

“The reality is that BlackBerry does have more enterprise features and controls such as remote kill, email retention, guaranteed message deliver with application and encryption controls,” said Ron Gula, chief executive officer of Tenable Network Security.

“However, while this is important, a lot of it is just details, and we'll probably see some leapfrogging between the various mobile vendors as they get bitten and react.”