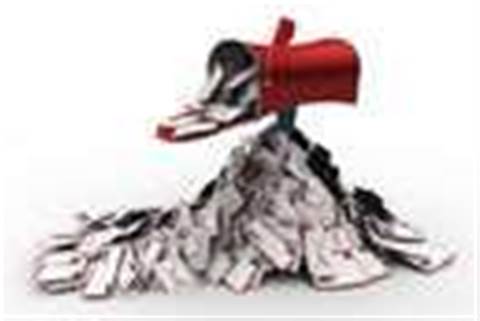 Spam volumes fell in the third quarter thanks to some massive botnets being shut down, but the problem remains severe.

Both Symantec and Kaspersky have noted the spam decline, with the former finding October volumes went down 47 percent when compared to August.

Kaspersky figures showed a decline in the third quarter when compared to the previous period, with the level of spam out of all detected messages recorded at 82.3 percent, down from 84.4 percent.

A number of significant takedowns contributed to spam level attenuation, including the closure of over 20 control centres used by the Pushdo/Cutwail botnet, which was responsible for approximately 10 percent of all global spam.

Last month also saw law enforcement take out a number of servers helping run the Bredolab botnet, which was thought to have infected around 30 million computers.

The winding down of Spammit, a partner programme responsible for significant amounts of pharmaceutical spam, helped cut volumes as well.

However, security experts have warned spam is not going away any time soon.

“The closure of one partner program - even a major one - will only result in a temporary decrease in the amount of advertisements for Viagra in our inboxes; the spammers aren’t about to abandon such a lucrative business,” said Darya Gudkova, head of content analysis and research at Kaspersky Lab.

“More likely than not, the organisers of the partner program will simply open a new program that will, for a while, remain under the radar of the anti-spam vendors and law enforcement agencies.”

In other worrying results, at the start of the third quarter, Kaspersky found the percentage of malicious attachments in email traffic surpassed 6.3 percent – the highest figure ever.

“The increase in the volume and quality of mass malicious mailings confirms that spammers and cyber criminals have started acting in unison to create complex infection strategies, which include connecting a victim computer to a botnet, sending out spam, stealing personal information and so on,” Gudkova added.

Symantec also warned phishing attacks spiked in October, with the likes of Facebook and other social media a serious target.

The number of phishing sites on social networks shot up by around 80 percent compared to the previous month.

Got a news tip for our journalists? Share it with us anonymously here.
Copyright © ITPro, Dennis Publishing
Tags:
after botnet falls giant security spam takedowns