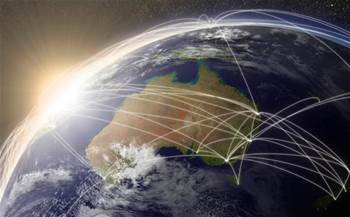 Elon Musk’s SpaceX has urged Australian authorities not to constrain where the company might be able to offer its ambitious Starlink broadband service.

The company used a submission [pdf] to the Australian Communications and Media Authority (ACMA) to lay out its likely future spectrum needs for Starlink.

Starlink is an ambitious plan to deploy a constellation of up to 11,943 satellites that would blanket the world with high-speed internet.

SpaceX’s submission in part seeks assurances from Australian authorities that Starlink will be permitted to serve users nationwide, rather than only in set pockets of the country.

“License planning or spectrum allocation approaches that artificially limit deployment to specific geographic regions would curtail the benefits that such constellations offer to add next-generation broadband connectivity across all of Australia.

“Any licensing regime that requires broadband service providers to obtain authorisations on a city-by-city, or even regional, basis adds complexity, time and expense to the licensing process and, by extension, deters satellite-based providers from extending their service offerings everywhere at a reasonable cost to subscribers.”

This week, it was revealed that SpaceX is trying to raise US$500 million to get the Starlink project off the ground.