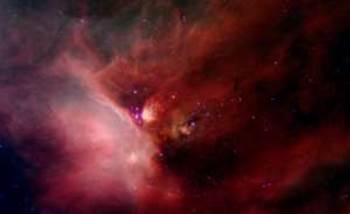 Australia's Federal Government has launched a web presence for its Space Policy Unit in an effort to publicise opportunities and achievements in the Australian space sector.

Launched yesterday, Space.gov.au is part of the Government's response to the Senate Economics Committee's November 2008 report on Australia's Space Science and Industry Sector.

The Government responded to the Committee's recommendations in November 2009, committing $8.6 million for a Space Policy Unit, which was launched in July that year.

Development of Space.gov.au commenced in late 2009, with a study of user requirements to determine its scope.

In addition to providing information and links to key space stakeholders, as per Committee recommendations, the site also aims to encourage collaboration by providing a central point of contact for international collaborators.

It also provides information on how to apply for the on the $40 million Australian Space Research Program, which also was established in response to the report.

The web portal has been developed by the Department of Innovation, Industry, Science and Research, is managed by the Space Policy Unit, and will be maintained using internal resources.

Space Policy Unit manager Michele Clement told iTnews that the unit differed from international space agencies NASA and the ESA in that it does not run a space exploration program or directly employ scientific research staff for space-related research and development.

Instead, the unit has been tasked with developing a National Space Policy encompassing civil and defence matters, including climate change, weather forecasting, navigation, and timing applications.

"Australia plays a big part in space, from our fifty years of space-tracking collaboration with the United States, to this month's successful return of the Hayabusa spacecraft," Innovation Minister Senator Kim Carr said in a statement.

"The site will support the efforts of my department's Space Policy Unit to coordinate Australia's national and international civil space activities."