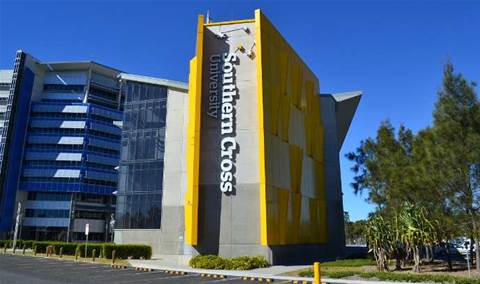 Southern Cross University has appointed former RMIT IT executive Colin Webster as its new head of technology as the university nears completion on a major network overhaul.

Over the past year the university has undertaken a revamp of its network infrastructure as part of a five-year partnership with Chinese telecommunications giant Huawei.

It has also been busy in recent times implementing a number of new software platforms, including the Mediasite lecture and desktop recording platform, as well as Office 365 for both staff and students.

The university was also one of the first in Australia to move to a hosted instances of its Blackboard Learn learning management system, and has since activated Blackboard Mobile with its associated social media tools.

Since joining the university, Webster told iTnews his plan was to build upon both the new network and the university’s core IT platforms.

“We have world-class technology and my focus will be on ensuring we capitalise on the opportunities this provides to enhance the teaching and learning experience for our students, as well as supporting our world-class research capability,” Webster said.

“To support this we will develop an ongoing project delivery capability framework, incorporating agile processes and methods where appropriate.”

Before joining SCU, Webster had worked for RMIT University in Melbourne as its senior information technology engagement manager, having previously been its deputy director of project services within IT.

He left RMIT in September 2015 following a clear-out of the university’s IT leadership by CIO Paul Oppenheimer as part of a move to a matrix management structure.

Webster replaced former SCU IT services director Matthew Smith, who joined the Victorian parliament in January as its director of information services.