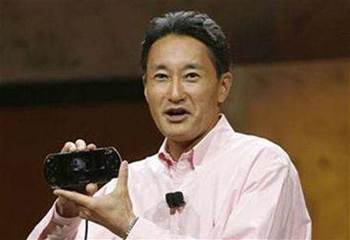 Sony will launch a cheaper, slimmer version of its PlayStation Portable handheld game player in an effort to better compete with Nintendo Co. Ltd.'s hot-selling DS.

Japanese electronics maker Sony said on Tuesday it will launch the new PSP in Japan on 20 September.

Both Sony and Nintendo released their handheld gear, the PSP and DS, respectively, late in 2004. But sales of the PSP, which can play movies, music and games, have recently been outshone by the DS.

Nintendo sold 23.6 million DS units in the year ended March 31, outpacing PSP shipments of 8.4 million, as its games such as "Nintendogs" pet training title proved a success and expanded gaming beyond young men to women and the elderly.

The DS has two screens, opens like a book and allows gamers to control play with a stylus, instead of manipulating a keypad.

At the E3 game industry exposition in the United States last week, SCE Chief Executive Kazuo Hirai said it would launch the new PSP model in September, but no specific launch timing or price for the Japanese market were available.

The game unit also said on Tuesday it would launch the latest version of its popular in-house racing game "Gran Turismo" in October.

"Gran Turismo 5" is one of the most eagerly awaited titles for the PlayStation 3 game console, and its launch ahead of the critical year-end shopping season is expected to help breathe life into slow PS3 sales.

The PS3, which made its debut in November, was outsold by Nintendo's Wii console by over three to one in Japan in the first half of 2007, according to game magazine publisher Enterbrain.

Its high price and scarcity of strong software titles have often been cited as reasons for the sluggish start.

Prior to the announcement, shares in Sony, which competes with Nintendo and Microsoft Corp. in the US$30 billion video game industry, closed down 0.9 percent at 6,350 yen, underperforming the Nikkei average's 0.12 percent fall.