Sony switches PlayStation Network back on 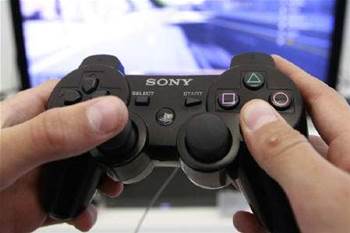 Slowly kicks back into gear after security breach.

Sony has begun restoration of its PlayStation Network games service on Sunday, almost a month after a massive security breach of the network forced the company to shut it down.

The company had been criticised by gamers and security experts for its handling of the incident, which cast a shadow over its plans to combine the strengths of its content and hardware products via online services.

The Japanese electronics and entertainment giant apologised to customers for the outage, and said a range of new security measures had been introduced. These included an early warning system that could alert the company to any attempt to penetrate the network.

"I can't thank you enough for your patience and support during this time," Sony No. 2 Kazuo Hirai said in the news release, which was also posted as a video message on the PlayStation Network blog.

"We are taking aggressive action at all levels to address the concerns that were raised by this incident, and are making consumer data protection a full-time, company wide commitment."

Some users said the prolonged outage has prompted them to switch to rival Microsoft's Xbox Live games service.

In what is thought to be the biggest security breach of its kind, hackers accessed personal information on 77 million PlayStation Network accounts, 90 percent of which are in North America and Europe, and may have stolen credit card information.

Sony discovered unusual activity on its PlayStation Network, which enables games console owners to download games and pit their skills against rivals, on April 19.

It shut down the network and its Qriocity online music and movie service, frustrating many users, but waited almost a week before alerting users to the extent of the security leak.

The company later found out that a separate online games service had also been penetrated, allowing access to another 25 million user accounts.

Sony said the restoration of PlayStation Network and Qriocity online movie and music services would take place on a country-by-country basis and that it expected the process to be complete by May 31.

Sony Online Entertainment services are also being restored and customers will be offered free game time as compensation for the outage, the company said.

Sony also said it had appointed an acting chief information officer to oversee security on its networks.