Sony snaps up Evolution and Bigbig 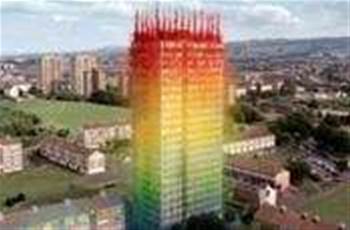 Evolution is based in Runcorn, England and is the developer of MotorStorm, the million selling number one hit title for the PlayStation 3.

Evolution established its reputation as the successful developer of the World Rally Championship series on PlayStation 2, and is currently working on the next instalment of the MotorStorm franchise for PS3.

MotorStorm is scheduled for release in 2008 on Blu-ray Disc, along with content expansions for the original MotorStorm to be distributed via the PlayStation Network.

Bigbig Studios, based in Leamington Spa, England was founded in 2001 with backing from Evolution and Sony and is the developer of the Pursuit Force game for the PlayStation Portable which has sold over 800,000 copies worldwide.

The studio is currently working on the second title in the series, Pursuit Force: Extreme Justice, which will be available in October this year for PSP and PlayStation 2 early in 2008.

"Our strategy is to create the best games by working with the best talent. Evolution and Bigbig are world-class additions to our team," said Phil Harrison, president of Sony Worldwide Studios.

"The incredible people in these studios further extend the depth and skill of the industry's largest platform-exclusive development resource."

Got a news tip for our journalists? Share it with us anonymously here.
Copyright ©v3.co.uk
Tags:
andbigbigevolutionhardwaresnapssonyup