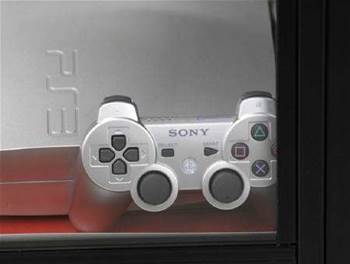 Sony's Internet security crisis deepened on Monday with the company revealing hackers had stolen data of another 25 million users of its PC games system in a second massive breach for the consumer electronics giant.

Sony's latest revelation comes just a day after Sony No. 2 Kazuo Hirai announced measures had been put in place to avert another cyberattack like that which hit its PlayStation Network, hoping to repair its tarnished image and reassure customers who might be pondering a shift to Microsoft's Xbox.

The attack that Sony disclosed on Monday took place a day before a massive break-in of a separate video game network that led to the theft of 77 million users accounts. Sony revealed the initial attack last week.

The Japanese electronics company said it discovered the break-in of its Sony Online Entertainment PC games network on May 2.

The breach also led to the theft of 10,700 direct debit records from customers in Austria, Germany, the Netherlands and Spain and 12,700 non-U.S. credit or debit card numbers, it said.

The PlayStation network lets video game console owners download games and play against friends. The Sony Online Entertainment network, the victim of the latest break-in, hosts games played over the Internet on PCs.

Sony said late on Monday that the names, addresses, emails, birth dates phone numbers and other information from 24.6 million PC games customers was stolen from its servers as well as an "outdated database" from 2007.

A spokesman for the online games unit based in San Diego said the service was taken down at 1:30 am Pacific time on Monday.

Sony spokeswoman Sue Tanaka, asked about the risk other data could be at risk, listed the precautions that the company has taken such as firewalls,

"They are hackers. We don't know where they're going to attack next," Tokyo-based Tanaka said.

The PlayStation Network incident has sparked legal action and investigations by authorities in North America and Europe, home to almost 90 percent of the users of the network, which enables gamers to download software and compete with other members.

On Monday, Sony declined to testify in person in front of a U.S. congressional hearing, but agreed to respond to questions on how consumer private data is protected by businesses in a letter on Tuesday, said a spokesman for Rep. Mary Bono Mack, a Republican Congresswoman from California, who is leading the hearing.

The incident that Sony disclosed on Monday also forced it to suspend its Sony Online Entertainment games on Facebook.

Sony posted a message on Facebook saying it had to take down the games during the night.

A Sony spokesman said the Facebook games make money from microtransactions and the sale of virtual goods like costumes and weapons.

It was not immediately clear if the data theft included data from players of Sony games including "PoxNora," "Dungeon Overlord," "Wildlife Refuge" on Facebook.

Sony Online Entertainment is a division of Sony Corp, the global electronics company that operates online games such as "EverQuest" and is separate from the PlayStation video game console division.

The servers for both the Online Entertainment unit and the PlayStation Network are based in San Deigo but are completely separate, said Sony's Tanaka.

Sony denied on its official PlayStation blog on Monday that hackers had tried to sell it a list of millions of credit card numbers.

The news comes less than a week after Sony alerted customers that a hacker broke into Sony's PlayStation video game network and stole names, addresses, passwords and possibly credit card numbers of its 77 million customers.

Sony alerted customers a week after discovering the break-in.

Sony executives apologised on Sunday and said it would gradually restart the PlayStation Network with increased security and would offer some free content to users.