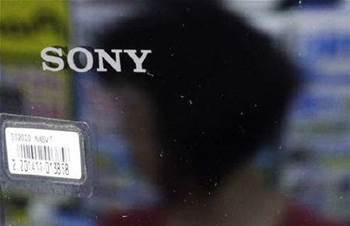 One of Sony's insurers has asked a court to declare that it does not have to pay to defend the media and electronics conglomerate from mounting legal claims related to a massive data breach earlier this year.

Zurich American Insurance asked a New York state court in documents filed late on Wednesday to rule it does not have to defend or indemnify Sony against any claims "asserted in the class-action lawsuits, miscellaneous claims, or potential future actions instituted by any state attorney general."

Zurich American, a unit of Zurich Financial Services, also sued units of Mitsui Sumitomo Insurance, AIG and ACE, asking the court to clarify their responsibilities under various insurance policies they had written for Sony.

In April, hackers accessed personal data for more than 100 million users of Sony's online video games. Sony has said it could not rule out that some 12.3 million credit card numbers had been obtained during the hacking.

In May, Sony said it was looking to its insurers to help pay for its massive data breach.

Sony has said it expects the hacking to drag down operating profit by 14 billion yen ($US178 million) in the current financial year, including costs for boosting security measures.

"Cyberinsurance" has become one of the hottest topics in the insurance industry this year. Brokers say demand has soared for policies to cover hundreds of millions of dollars in potential data breach losses.

Insurers are rushing into the market to compete for customers, pushing down prices despite uncertainties about the risk.

Zurich American, in its court papers, said 55 purported class-action complaints have been filed in the United States against Sony.

The insurer also said Sony has been subject to investigations by state and federal regulators since the breach.

Zurich American has subsequently received claims for coverage from Sony under its policy, a commercial general liability policy written for Sony Computer Entertainment of America as of April 1.

The insurer said it does not have any obligation to defend any other Sony unit under that primary policy, since it only applies to the specific business in question.

In addition, Zurich American said its policy only covers the Sony unit for "bodily injury, property damage or personal and advertising injury."

It said no such claims have been made in any of the class-action lawsuits.

Even if such claims had been made, Zurich American said, the policy had exclusions in place that would deny Sony coverage for the claims made.

The case is Zurich American Insurance Co and Zurich Insurance Co Ltd vs. Sony Corp of America et. al, Supreme Court of the State of New York, No. 651982/2011.