Sony hires firms to clean up after breach 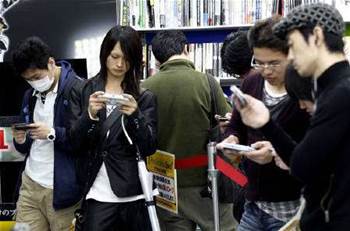 Sony has hired outside investigators to help clean its networks and catch the people behind a massive breach that exposed the personal data of more than 100 million video game users.

The Japanese electronics giant has retained a team from privately held Data Forte that is led by a former special agent with the U.S. Naval Criminal Investigative Service to work alongside the FBI agents, who are also probing the matter.

Sony said on Tuesday that it has also brought on cyber-security detectives from Guidance Software and consultants from Robert Half International Inc's subsidiary Protiviti to help with the clean-up.

Officials with Sony and the three firms did not respond to requests for information about the investigation.

Agents with the U.S. Federal Bureau of Investigation have said little about the matter, except that they are looking into the breach of data, which might include some credit card numbers.

"It's a significant operation," said David Baker, vice president of services with electronic security firm IOActive, which is not involved in the investigation.

He said that card issuers Mastercard and Visa had likely appointed a firm to investigate.

Sony also said that it hired the law firm Baker & McKenzie to help it with the investigation.

On Monday, Sony said its PC games network had also been exposed to hackers, in an incident related to the massive break-in of its separate PlayStation video game network that led to the theft of data from 77 million user accounts. Sony revealed that attack last week.

The Sony Online Entertainment network, the victim of the latest break-in, hosts games such as "EverQuest" and "Free Realms," which are played over the Internet.

Sony said late on Monday that the names, addresses, emails, birth dates, phone numbers and other information from 24.6 million PC games accounts may have been stolen from its servers as well as an "outdated database" from 2007.

A Toronto law firm on Tuesday launched a C$1 billion (US$1.05 billion) proposed class-action suit against Sony for breach of privacy, naming a 21-year-old PlayStation user from Mississauga, Ontario, as lead plaintiff.

The damages would cover the cost of credit monitoring services and fraud insurance for two years, the firm, McPhadden Samac Tuovi LLP, said in a statement.