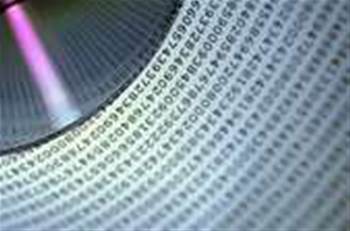 Adult industry gears up for wholesale switch to HD-DVD.

Sony has confirmed that it will not be supporting the production or replication of pornography on Blu-ray discs, closing off a potentially lucrative market.

The Japanese electronics giant said last week that it had a long standing policy against the use of its media to distribute pornography.

Many adult movie studios have now announced that they are standardising on HD-DVD, which offers slightly reduced storage and picture quality but at a much lower cost per unit than Blu-ray.

Sony has had a run-in with the pornography industry in previous format wars. The decision by the adult industry to standardise on the VHS format over Sony's Betamax has been seen as one of the deciding factors in the success of VHS.

Industry trade publication Adult Video News said that the pornography industry generated US$12.92bn last year, and that video and DVD distribution accounted for around a third of that total at US$3.6bn.

However, the adult industry may not be so quick to move to high definition as some commentators believe.

Internet distribution now takes up a sizeable proportion of the pornography business, and some in the industry are worried that high definition will reveal too much.

Got a news tip for our journalists? Share it with us anonymously here.
Copyright ©v3.co.uk
Tags:
awaybacksblurayfrompornsoftwaresony