Some users locked out of Microsoft 365 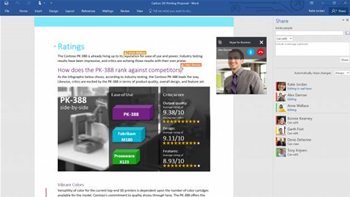 Some Microsoft 365 users are being unable to access Redmond's flagship subscription software bundle this morning.

The reason for the outage is yet to be determined, with Microsoft saying it is analysing system logs to understand what is going on.

Reports of the outage are mainly centred on the West Coast of the United States, with users in other parts of the country also saying the cannot access Microsoft 365 services.

We're investigating reports of an issue in which users may be unable to access Microsoft 365 services or features. Additional information can be found in the admin center under MO184196 or at https://t.co/AEUj8uAGXl.

On its Microsoft 365 service health page, the company said "impact is specific to a subset of users who are served through the affected infrastructure", suggesting the outage could be due to a network issue.