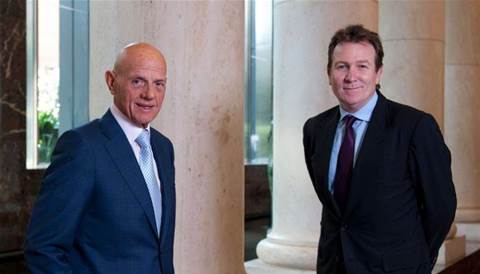 Smiggle and its six siblings put digital screws on landlords.

Supermarkets might be struggling to make online sales add to their profit margins, but at Solomon Lew’s Premier Investments, online sales are now so strong he’s warned big mall landlords if they don’t slash rents, he’ll roll down the shutters and just trade on the web.

The bold threat to flip sales channels from the brand owner of Just Jeans, Portmans, Peter Alexander, Dotti and Smiggle was dished out on Friday morning and left mall operators agog as Premier booked in a $106.8 million full year net profit after tax for FY 2019, up a stonking 27.7 percent on FY 2018.

But the eye popper in the results was a surge in group online sales, which rocketed to $148 million across its brands to now make up 13.4 percent of overall sales, a spike of 31.7 percent over 2018.

The digital growth spurt indicates that clothes shoppers aren’t shifting from bricks to clicks; rather, Premier looks to have tapped into a market that was otherwise going wanting and looks poised to keep increasing.

Unlike supermarkets that have long term land banking strategies in place that lets them plan site developments years in advance, the rag trade is far more exposed to fluctuating rental prices, especially in malls, hence the threat to pull out.

“As consumers continue to increase their online shopping, the focus continues on individual store profitability to drive shareholder returns. Where landlords do not continue to invest in overall shopping experiences and/or adjust their rent expectations in line with the performance of their own centres and the major shift in consumer behaviour, further store closures may be necessary,” Premier said in its investor briefing.

The big headache for mall owners isn’t that one premier store will pull out of their shopping strip, it’s the threat of all Premier tenants upping stumps, a move that would leave apparel alleys looking like Swiss cheese.

Lew’s argument is essentially that just because hip recent entrants – like H&M and Zara – look cool, he’s not going to use shareholder money to pay over the odds for stores when he can sink the same capital into online infrastructure for an equal or better return.

“Premier can more efficiently allocate capital and achieve shareholder returns from investment in the online channel, further international expansion of our key brands or opening in other shopping centres where landlords respect the nature of Premier Retail’s seven brand portfolio,” the Premier investor deck said.

Premier Retail’s chief executive Mark McInnes, formerly of David Jones, said the business would “continue to invest in online technology, people and marketing to deliver a world class platform in this fast growing and evolving channel.”

Mind you the level of investment, what’s being bought and from whom is, as usual, being kept under the counter and out of public view.

But the chest beating on online margin certainly isn’t, with McInnes vowing to “maintain a leadership position”.

The “margin significantly higher” is the bit that will really sting landlords, because it will likely be used to benchmark where their rents will need to fall to and is certainly a potent weapon to have up your sleeve.

Renown as a consummate jawboner, Lew has for months been telling landlords a rental reckoning is approaching because of digital investments and project execution.

That reckoning has now arrived.