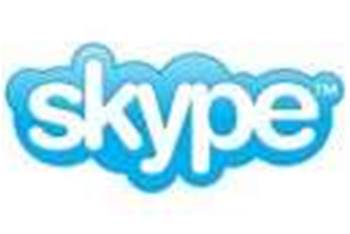 Video and audio links can bring overseas friends even closer.

Skype 5.0 features a new interface and improved video conferencing alongside the Facebook connection. Simplicity has been the watchword in designing this latest version, Skype claimed.

The connection brings Facebook into Skype rather than the other way about. Ethan Beard, the director of Facebook Developer Network, blogged: “When you install the new Skype version 5.0 for Windows and sign in with Facebook, you can easily call or SMS your friends. You also can check out your News Feed, update your status, and Like and comment on posts directly within Skype.”

After the introduction, several internet commenters have pointed out they spend more time in Facebook than in Skype and would have preferred the integration to be reversed.

Rick Osterloh, head of consumer product marketing at Skype, welcomed the new version with a blog in which he revealed video has been a focus because of its growing popularity.

“Video calling accounted for approximately 40 per cent of all Skype-to-Skype minutes in the first half of this year,” he said.

The download, which has been available since yesterday, has a free trial of group video conferencing. Up to 10 people can be linked into a single session and the company said this was added partially because of business user demands.

VoIP calls have had a bad reputation for dropping calls. On Skype this has meant redialling the connection. Osterloh said call recovery is now included to allow automatic reconnection.

Another improvement added to the calling experience is an automatic call quality manager that gauges audio and video quality as the phone conversation progresses.

Anyone who got excited when a rumour hit the internet that Facebook was considering releasing or endorsing a phone, can download Skype 5.0 now rather than waiting.

Got a news tip for our journalists? Share it with us anonymously here.
Copyright © ITPro, Dennis Publishing
Tags:
facebookphonecallskypesoftware