Skills gap holding up IT projects 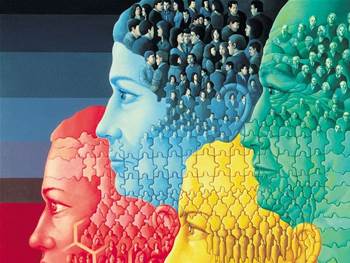 Survey finds IT departments struggling to find the right skills.

Skills gaps in enterprise IT departments are hampering change management programmes, IT leaders have admitted.

CIO Connect, an independent networking forum for chief information officers, has released information based on a study carried out among its membership.

Three-quarters of CIOs and IT managers believe that the progress of change management programmes in their organisations is being impeded by the lack of skills within their own IT department.

A further 64 percent said that they been forced to introduce new leaders into projects to ensure success.

"This is a very honest and enlightened admission by our members that IT has a fundamental role to play in the evolution of businesses and that there is more to be done," said Nick Kirkland, managing director of CIO Connect.

"Specialised training is the way forward and I am very encouraged to see that our members recognise this problem and are addressing it with increased training for their teams in the softer skills of project management, leadership and communication."

The survey also asked IT leaders to rate their organisation's capability levels when it came to tackling a number of specific change management challenges.

Respondents cited 'overcoming the restrictions of any silo-based business process' as their most problematic area, with 50 per cent rating their capability level at the low end of the scale.

The thorniest issues were also 'winning over sceptics by selling the benefits of a proposed change', with 40 percent citing a low level of capability, and 'communicating the nature of project changes to stakeholders'.

However, over half of IT leaders felt that they were 'fairly capable' when it came to estimating and analysing the impact and requirements of change programmes, as well as at identifying the resources and skills needed to drive these initiatives forward.
Got a news tip for our journalists? Share it with us anonymously here.
Copyright ©v3.co.uk
Tags:
gapholdingitprojectsskillstraining & developmentup