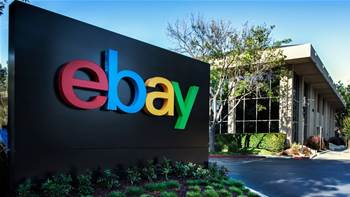 Six former eBay employees, including its former senior director of safety and security, have been charged with leading a cyberstalking campaign against bloggers that company executives viewed as being critical of eBay.

The US Attorney’s Office for the District of Massachusetts said alleged harassment carried out by the six included “anonymous, threatening messages; disturbing deliveries – including a box of live cockroaches, a funeral wreath and a bloody pig mask; and conducting covert surveillance of the victims.”

The victims were the editor and publisher of an online newsletter that covered ecommerce companies, including eBay.

“Members of the executive leadership team at eBay followed the newsletter’s posts, often taking issue with its content and the anonymous comments underneath the editor’s stories,” the Attorney’s Office said.

“It is alleged that in August 2019, after the newsletter published an article about litigation involving eBay, two members of eBay’s executive leadership team sent or forwarded text messages suggesting that it was time to ‘take down’ the newsletter’s editor.”

The charges of conspiracy to commit cyberstalking and conspiracy to tamper with witnesses each carry a sentence of up to five years in prison, three years of supervised release, a fine of up to $250,000 and restitution.

The Attorney’s Office alleged that some of the former eBay staff threatened the bloggers in private Twitter messages, and eventually doxed them.

Some also travelled to the bloggers’ home to surveil them and try to install a GPS tracking device on their car.

However, “the victims spotted the surveillance” and notified police, who began to investigate.

The Attorney’s Office alleged the staff then “sought to interfere with the investigation by lying to the police about eBay’s involvement while pretending to offer the company’s assistance with the harassment, as well as by lying to eBay’s lawyers about their involvement.”

eBay said in a statement that it “was notified by law enforcement in August 2019 of suspicious actions by its security personnel toward a blogger, who writes about the Company, and her husband.”

“As a result of the investigation, eBay terminated all involved employees, including the company’s former chief communications officer, in September 2019.”

The company apologised to the victims.

“eBay does not tolerate this kind of behaviour,” it said.

“eBay apologises to the affected individuals and is sorry that they were subjected to this.

“eBay holds its employees to high standards of conduct and ethics and will continue to take appropriate action to ensure these standards are followed.”