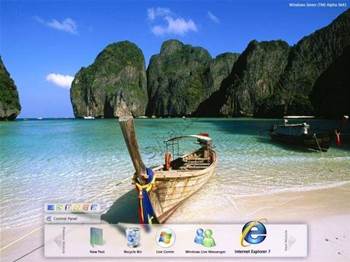 Microsoft has announced the promotion of Steven Sinofsky to president of the Windows Division, heading up one the company's most important product lines.

Sinofsky, who has been with Microsoft for at least 20 years, was already senior vice president for Windows, and has been leading the development of the upcoming Windows 7 operating system.

As president of the Windows division, Sinofsky now assumes responsibility for the entire Windows business, including engineering and marketing functions for Windows, Windows Live and Internet Explorer.

In a statement, Microsoft chief executive Steve Ballmer praised Sinofsky's work in heading up the Windows 7 team, and said that he had demonstrated the qualities needed for leadership.

Microsoft also announced that chief financial officer Tami Reller will take on additional responsibility for marketing, while senior vice president for the Windows business Bill Veghte is to move to a new role to be disclosed soon.

Got a news tip for our journalists? Share it with us anonymously here.
Copyright ©v3.co.uk
Tags:
announceddivisionmicrosoftpresidentsinofskysoftwarewindows