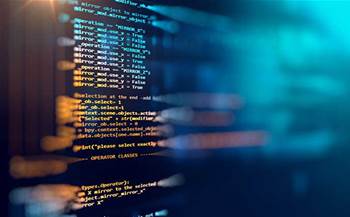 Service Victoria has grown its engineering team from 18 people to more than 120 over the past two years, giving the state government the firepower to deliver more digital services in rapid succession.

Speaking at the Techology in Government conference in Canberra last week, head of IT strategy & portfolio Venetia Blackman said the growth had been born from the pandemic response but had also endured.

She expects as many as 60 additional team members to join the agency over the coming year, as it responds to the government’s new-found thirst for digital services in a post-Covid world.

Blackman, who joined Service Victoria in November after six years at the Australian Taxation Office, said that Service Victoria had been operating as a start-up prior to the pandemic, with fewer than 20 people in teams dedicated to delivering digital services.

“This meant that our success – or failure – rested on our ability to achieve outcomes, to establish relationship, to partner, to build capability and to adopt to shifting expectations and demands.”

“We also wanted to make sure we could develop these things in a manner that created enduring public value beyond the products that we were delivering.”

With the arrival of Covid-19 in 2020, however, this irrevocably changed, as the pandemic forced Victorians to use digital services such as border passes and the state’s check-in app.

“It fundamentally changed the paradigm in which we were operating,” Blackman said, adding that this was both in terms of government and citizen expectations.

She said that while Service Victoria's “focus of intent certainly didn’t alter... the pathway for how we got there certainly did”, which involved scaling up the agencys's engineering capability.

At Service Victoria, each squad consist of approximately six people.

“So, in two years, what I’m describing is a growth of our delivery capability from approximately 18 people to over 120 people,” Blackman said.

“We delivered border permits. Our check-in app, including is back-end, in three weeks. Regional travel vouchers in two days,” she said.

“Our core architecture principles of leveraging native clou for speed, agility and volume, ad platforms for complexity and consolidation underpin that ability to respond.”