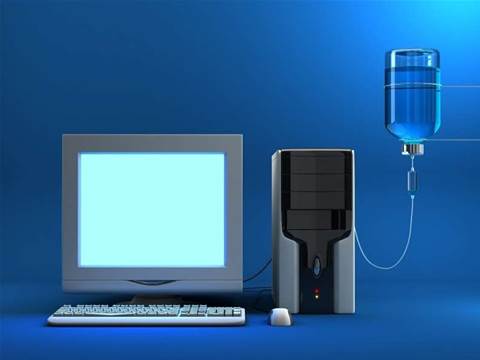 Telco network contractor Service Stream is on the verge of completing a major refresh of its desktop and standard operating environment as part of a larger IT overhaul.

The ASX-listed company is also embarking on a mobility drive, standardising on Windows Phone 8 devices while deploying a Citrix environment to allow it to support BYO devices on the corporate network.

Accompanying the hardware refresh is a standard operating environment (SOE) upgrade from Windows XP to Windows 7.

Wishart said the looming end-of-life for XP support, coupled with a desire to create a consistent experience across all the workforce’s devices, spurred the SOE revision.

He also used the SOE refresh as an opportunity to cut down the number of enterprise applications supported by Service Stream's corporate environment.

Wishart said the number of applications used by Service Stream's 2200 workers was downsized from 500 to "under 35", partly by bringing all users of particular software packages onto a single version of that product.

Following the desktop refresh, Service Stream will upgrade from an on-premise Microsoft Exchange environment to Exchange Online, in the cloud-based Office 365 suite.

No Apple, Android for high-risk workers

Service Stream began rolling out a new mobility strategy in December 2012 and expects to complete the initiative over the next month.

The company supports Android and Apple devices with its field workers, but is strict with its in-house office staff.

Executives are given the Windows-based Nokia 610. However, prior to Wishart joining the company last year, Service Stream's mobility strategy was a “free for all”.

“Internally we’ve been very specific,” he said. “I want people to understand when you come to work you get a phone to do work. These phones hold just as much corporate information and risk as PCs.

“You’re there to do a job and part of that is to protect the business.”

Currently 650 workers use the Windows Phone 8 devices. The company plans to have 400 further workers on the smartphones over the next few months.

Another of Wishart’s initiatives was to implement a Citrix environment that supports the company’s bring-your-own device strategy.

Wishart said the SOE would be mirrored in the farm, giving mobile users the ability to use the same applications on the move as is available in its domain environment.

The process is expected to be completed in the next two weeks. Wishart declined to comment on the cost of the IT overhaul.